There is a saying … “people make plans while god looks on and laughs”. In other words, we have a destiny before us, and most of our plans don’t much resemble how things actually turn out.

Having said that, there is something very hopeful about planning. Short term plans (what’s for tea, I think I might go for a run in the morning) or long term plans (I want to have my 40th birthday somewhere fabulous, I want to be with you for the rest of our lives). They both have so much hope in them. But that thought is a distraction from the real point…

There are so many things I can say about this, so I apologise in advance if the next few (possibly year’s worth) of posts all come back round to this momentous fact.

When Stephen asked me to marry him, the second thing I thought was, “oooh, the planning!”. I relish the idea of the unfolding plans, the decisions, selections, choosing between this and that. It’s our first project together, and it’s quintessentially optimistic, forward-looking. While at one level we are planning a fun party for March next year, we are also laying the ground work for everything else that will unfold in our lives over the next 40-or-so years.

But what it really all comes down to …my point at last… is that I love to plan. I make 2-hour plans and yearly plans and 5-year plans and grand plans. And Stephen loves lists. He’s a man with a notebook and a sharp pencil. We are made for each other. 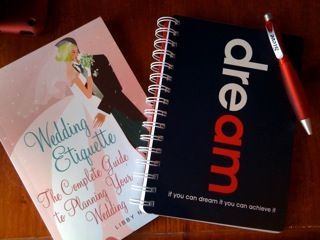