We were out of the flat early again this morning. We stopped on our way to collect Bond St, then headed for St Paul’s Cathedral. The original church on this site was destroyed in the Great Fire of London in 1666 (though it was already in ruins after the Reformation). The current cathedral was designed by Sir Christopher Wren in 1669. Its also his final reseting place. The crypt below the cathedral contains the tombs of Horatio Nelson and the Duke of Wellington. They are huge monuments.

Because it was built from the ground up in the 17th century, this church looks quite different from all the Norman and Gothic churches we’ve seen. The columns are square rather than round, and the ceilings are arched rather than vaulted. I’m imagining that Wren was very fashion-forward with his design.

The next stop was Westminster Abbey. It’s a strange place. Ostensibly, looks very like many other cathedrals we’ve visited. But this cathedral bristles with historical figures. It was first built in 1065, and then remodeled several times in the next 500 or so years. It contains the tombs of Edward the Confessor, Edward I, Henry III, Richard II, Mary Queen of Scots, Elizabeth I, Queen Anne and a vast assortment of other royals, poets, statesmen etc etc. The effect is a packed jumble of monuments and tombs that span 1000 years. You can’t move without standing on someone important!

We wandered our way up past 10 Downing Street to Trafalgar Square, and went to the National Gallery. This contains some of my favorite art works – Sunflower by van Gogh and Madonna of the Rocks by Da Vinci, as well as Cezanne, Monet, Renior, Raphael, Rubens. It’s pretty stunning stuff.

And then, more! We went to the top of the world – on the London Eye. Amazing views of the city from a giant ferris wheel, 135m up. It’s pretty freaky, but very cool.

We retired to our room for a rest, and then just as we were starting to think about dinner, Maggie called to see if we wanted to meet her – she’d just finished her class at University of Westminster. We met at Oxford Circus for dinner and more excellent conversation.

St Paul’s from the Millennium Bridge 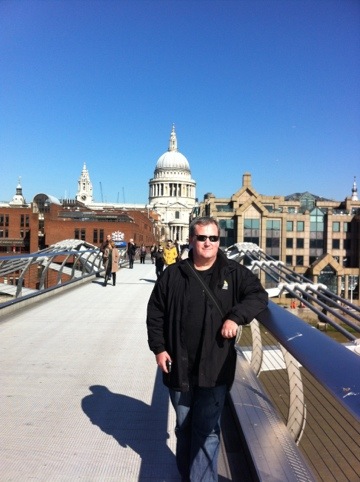 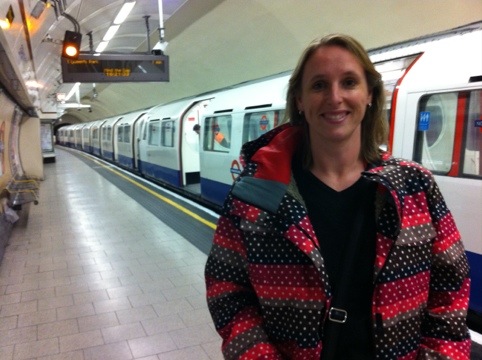 One thought on “Day 19: St Paul’s and Westminster Abbey”