It’s been six years since the the first Canterbury quake and so much has changed. For me, one of the most tangible differences I see every day is the huge park that has emerged around our home.

It’s hard to think about the scale of the residential red zone in Christchurch – it’s really really big, but how big is that exactly? Its 732 hectares of land, but that number doesn’t mean much to me…another way to say that is that its over four  times the size of Hagley Park. That’s pretty big!

I found this interesting comparison map on Stuff the other day – it puts the scale of the demolitions into context for non-Cantabrians.

If the residential red zone was in Auckland, it would cover most of New Lynn and New Windsor.

If it was in Wellington, it would cover most of the city! 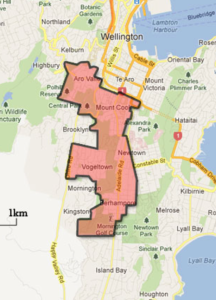 It boggles my mind!